At Macduff we process two species of crab - the brown and the velvet. They’re both abundant in UK waters.

Crabs have sweet, delicate white meat in their claws and rich, savoury brown meat in their bodies. The brown crab can weigh as much as three kilos and is popular as dressed crab and in dishes like mousses, soufflés and bouillabaisse. The much smaller velvet crab is often served whole.

At Macduff we process and sell brown crab in a range of formats and sizes, including whole crabs and claws. Velvet crabs are sold whole. 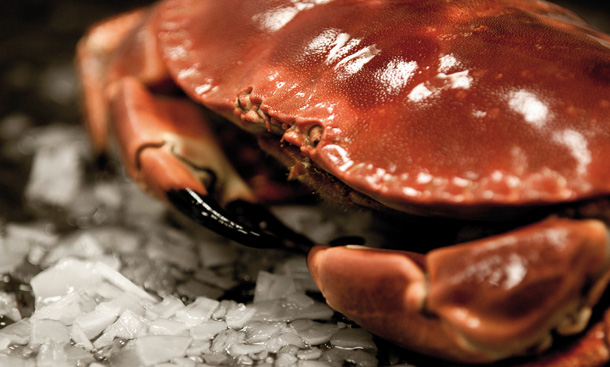 If you are interested in purchasing wild shellfish from us:

Clearwater Rock crab is sustainably harvested around the shores of Holland and the United Kingdom. 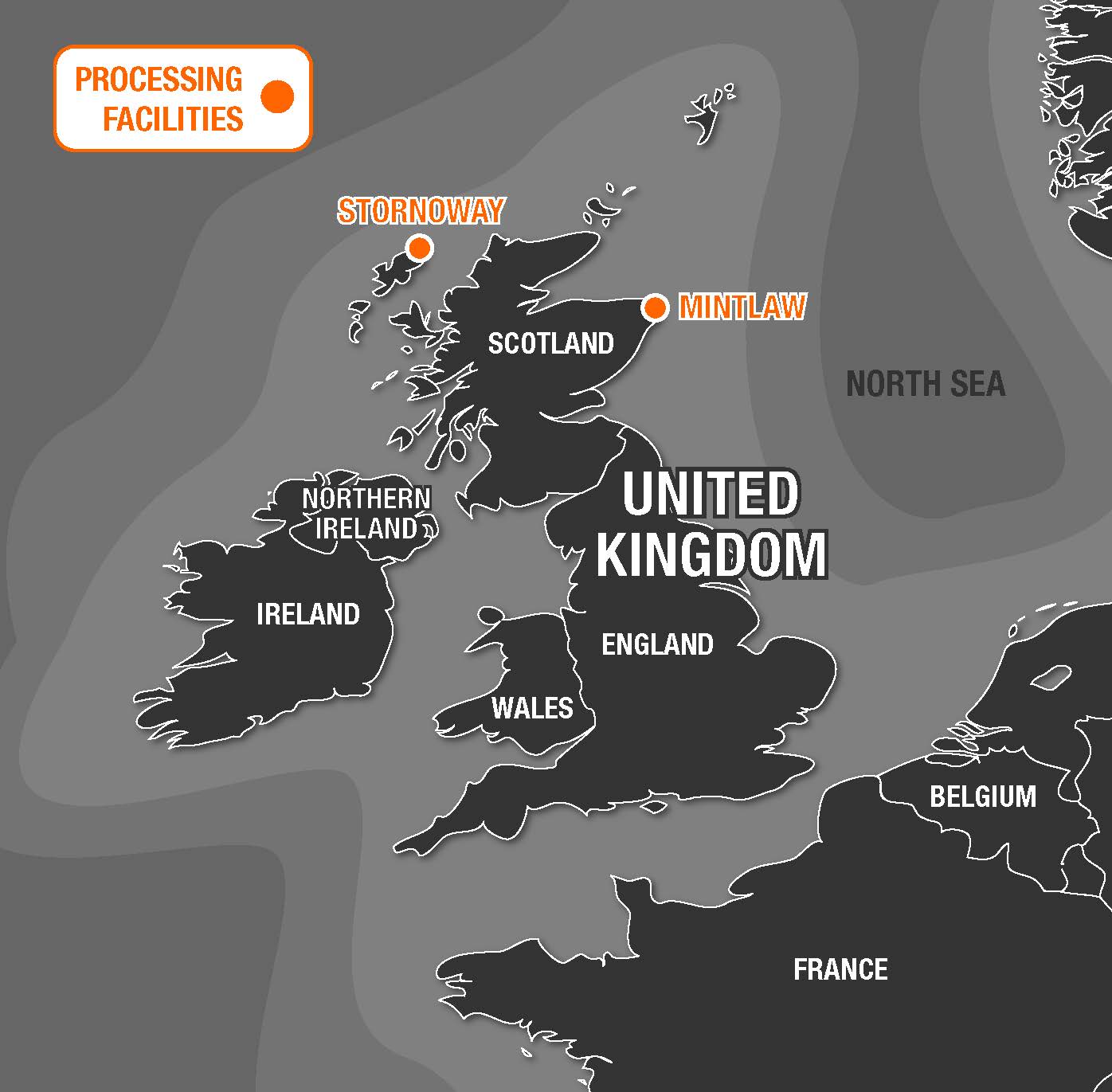 The brown crab fishery is important for the Scottish fishing fleet, with annual landings into Scottish ports of around 10,700 tonnes worth about £12.5 million. Most crab is caught in creels or pots - essentially traps baited with fish or shellfish that allow the crab to crawl into the trap, but not to escape.

Offshore boats can often haul more than 700 creels per day, whereas inshore boats tend to haul somewhere between 100 and 400. The majority of crabs are landed between August and December, as in the earlier part of the year the crab sheds its shell in order to grow, and the meat content is not as high.

Most crab are landed between August and December, as this is when they’re at their best.

At Macduff we receive live brown and velvet crab from all around the UK coast.

The product is carefully inspected for quality when it arrives at our plant. The brown crab is prepared in a range of formats, including whole and as claws. The smaller velvet crab is processed and sold whole.

We process more shellfish than any other business in Europe.

The brown crab and velvet crab fishery around the UK is not subject to EU TAC (Total Allowable Catch) regulations or national quotas.  There are EU measures in place to restrict the fishing effort of all boats longer than 15 meters, including crab boats, and this is based on restricting the number of days a fishing boat can be at sea. There are also minimum size restrictions that control the size of crab that can be legally landed. In Scotland, boats landing more than about 25 brown crab per day must have a license with a shellfish entitlement. 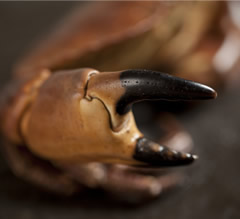 Our crabs are pre-cooked and frozen. Just serve cold with lemon wedges and your favourite cocktail sauce! If desired, the crab can be gently warmed by steaming or by placing in a poacher in salted water for two minutes.

BROWN CRAB
At Macduff we produce brown crab frozen, either raw or cooked in a range of sizes:

VELVET CRAB
Velvet crab is processed and sold whole, frozen in vacuum pack, to ensure the maximum quality and freshness.

Call us to find out more. 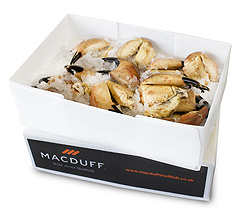